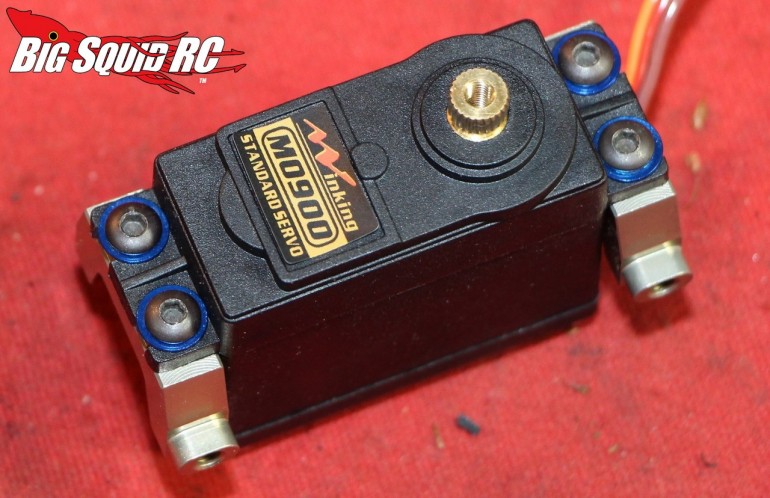 If you’ve been a basher for very long then you already know that you can never have enough servos in your toolbox. Inevitably, during a hard bash session, you (or one of your buddies) will tag a curb and lunch-out a servo unexpectedly. RC Gear Shop has a new line of very affordable servos. They are intended to replace stock RTR servos or to simply keep in your toolbox for when you need a spare. We’ve been bashing their WinKing M0900 Metal Gear Servo for a couple of months now. What did we learn about it? Read on to find out…

We mounted up the RC Gear Shop servo in two different vehicles, a Pro-Line PRO-MT and an ARRMA Raider XL. In the ARRMA we mated it to the rest of its stock electronics. In the P-L it was matched up with a Castle Creations brushless ESC and motor, a Futaba 4PX radio, and was powered by a MaxAmps 2S LiPo battery.

We found that in both of our test vehicles the RC Gear Shop servo had plenty of torque. Even in the PRO-MT it had enough power to swing the front tires around. For speed, it certainly wasn’t fast, but it was on par with most servos that come stock in RTRs now days. The smoothness of its sweep was also about on par with a typical RTR servo. The only issue we had with the WinKing was its centering ability. The servo just didn’t like to center well. Overall- it had the feel of a standard low-end RTR servo with perhaps slightly more torque.

No, the RC Gear Shop servo isn’t high-end performance wise, but can be a very affordable back-up servo.